Often lauded for the exemplary urban planning, Singapore has its own way of naming streets. Streets are not just a number here, rather they tell you stories of war, invasions, immigrants who called the island home, merchants and traders etc.

Many of us forget to stop and realize that the streets we walk daily – from home to office, office to lunch spots or anywhere for that matter – have historic significance around every corner. Isn’t it chilling to visualize the land’s rich chronicles of evolution, settlement, struggle, warfare, achievements etc. unfold before you as you walk down these streets?

Without further ado, let me share with you the history behind a few streets or places in and around the CBD area. 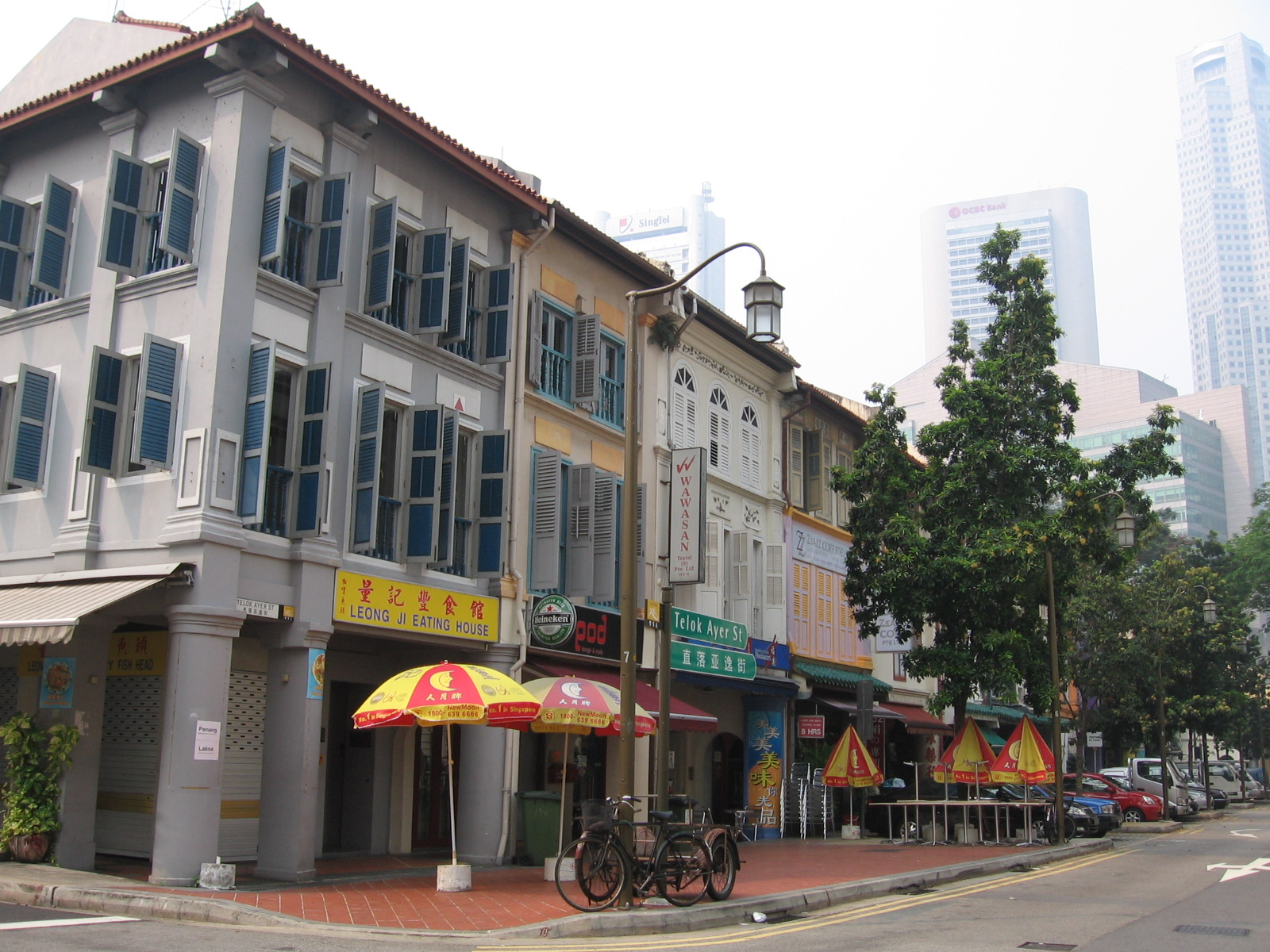 Situated to the south of Singapore river, this street marked the coastal line until 1880s before the land was reclaimed. Early immigrants landed here and set up places of worship as a gesture to thank their god for keeping them safe during the perilous journey to the island. 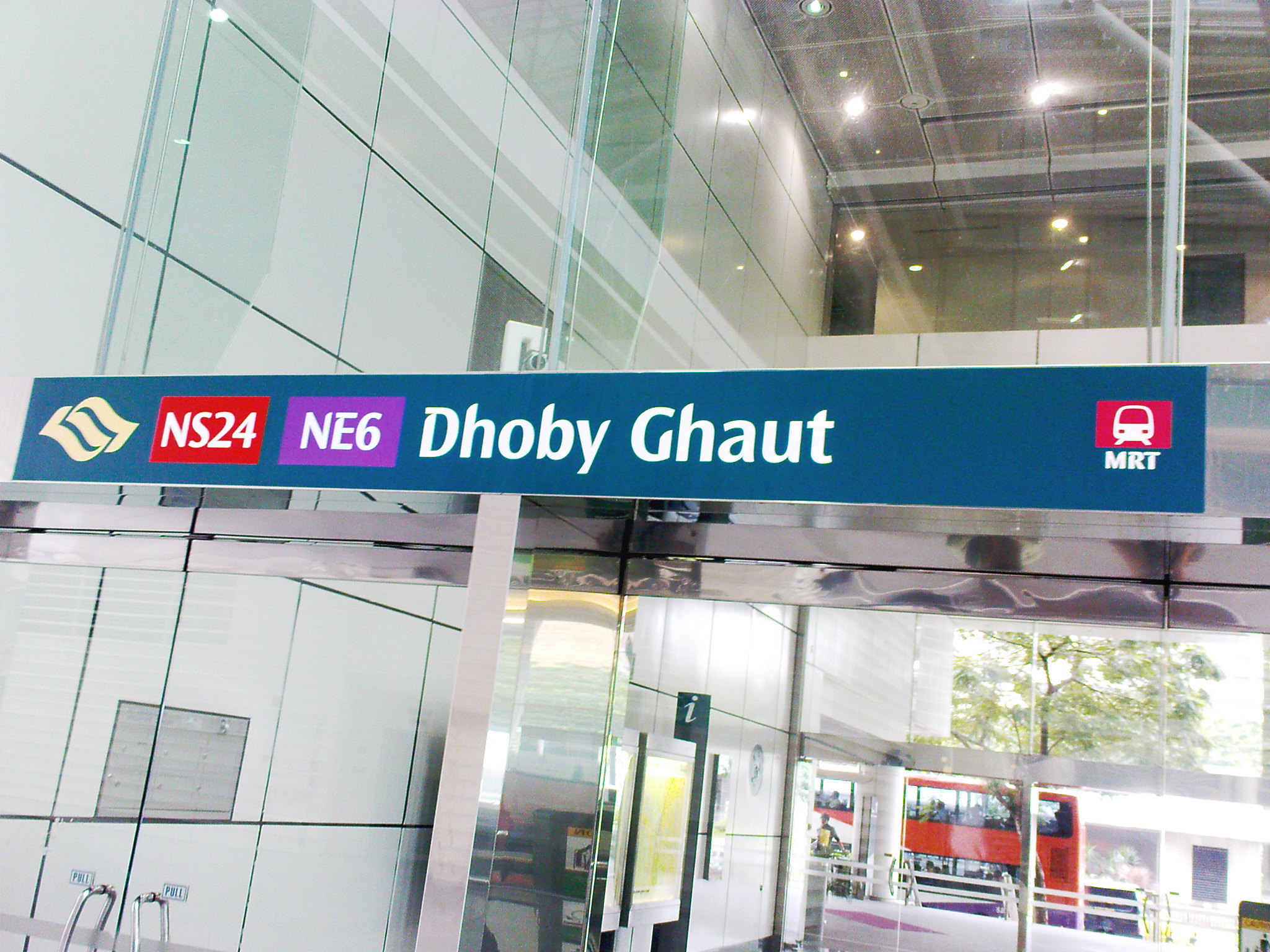 In early Singapore, immigrants from India provided laundry services from this place. They washed the laundry in the stream Sungei Bras Basah and dried them in the open space between Bras Basah Road and Stamford Road.

From traditional way of laundry, modern Singapore has migrated to on-demand laundry apps like sendhelper driven by technology to fulfill laundry needs. 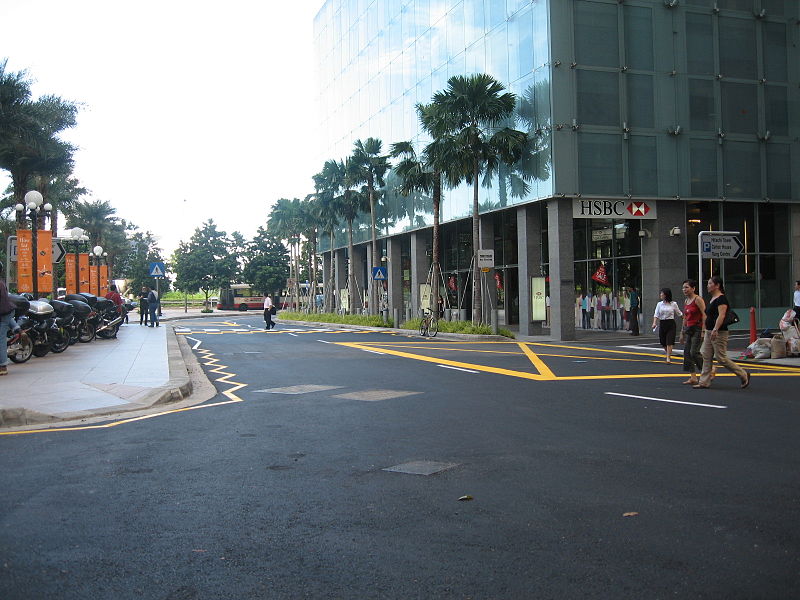 Let me guess, you must be working at one of the financial institutions located along the Battery Road. Standard Chartered? Hmmm.. Bank of China?

Battery Road borrows its name from the battery point that was located where Fullerton Square is today. There was a battery of cannons guarding the entrance to the Singapore River.

Once my friend quipped your phone battery will be automatically charged by the time you complete walking the entire stretch of battery road. Sigh! Forgive him. 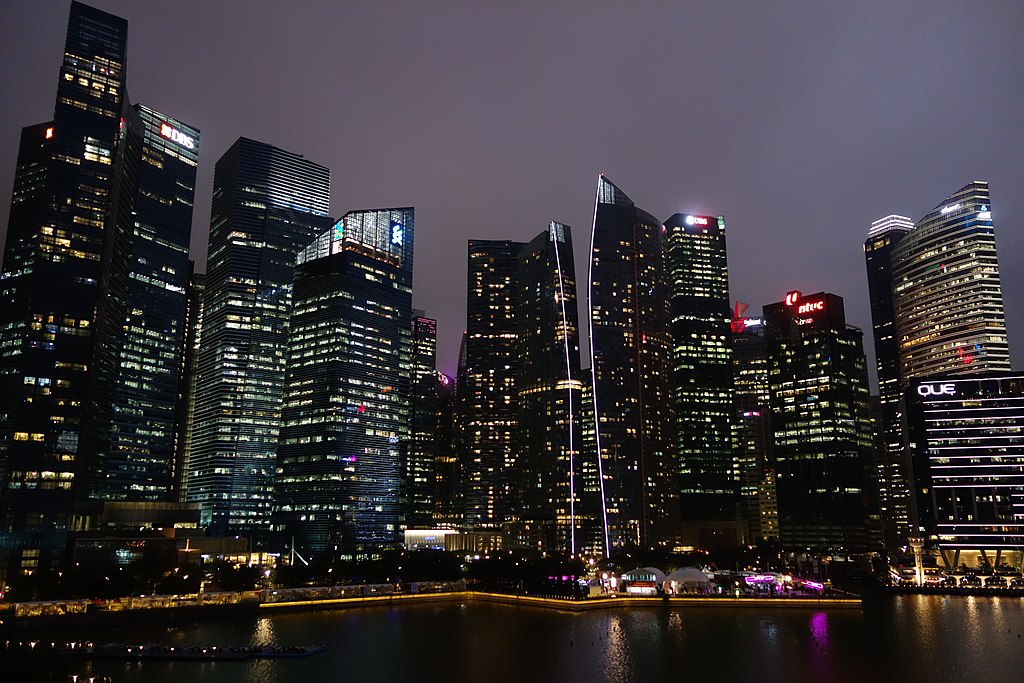 I love to take a stroll to Five Izakaya Bar at 16 Collyer Quay after work. They serve the cheapest beers in town going at $5; best suited for people like me who are on a shoe-string budget.

I found out the historical significance of this street from my drinking buddy during one of my not-so-regular visits to the bar. Collyer Quay is named after Captain George Chancellor Collyer who was appointed as the Chief Engineer of Straits Settlements in 1858 to fortify the seawall facing the colony.

My drunken friend before passing out, however, didn’t go without mentioning that Collyer’s fortification efforts failed and in the end came to be known as Collyer’s Folly.

That left me with a question. Why would you name a street after a failed engineer? As they say, the process is more important than the end result; so he deserves a pat on the back. 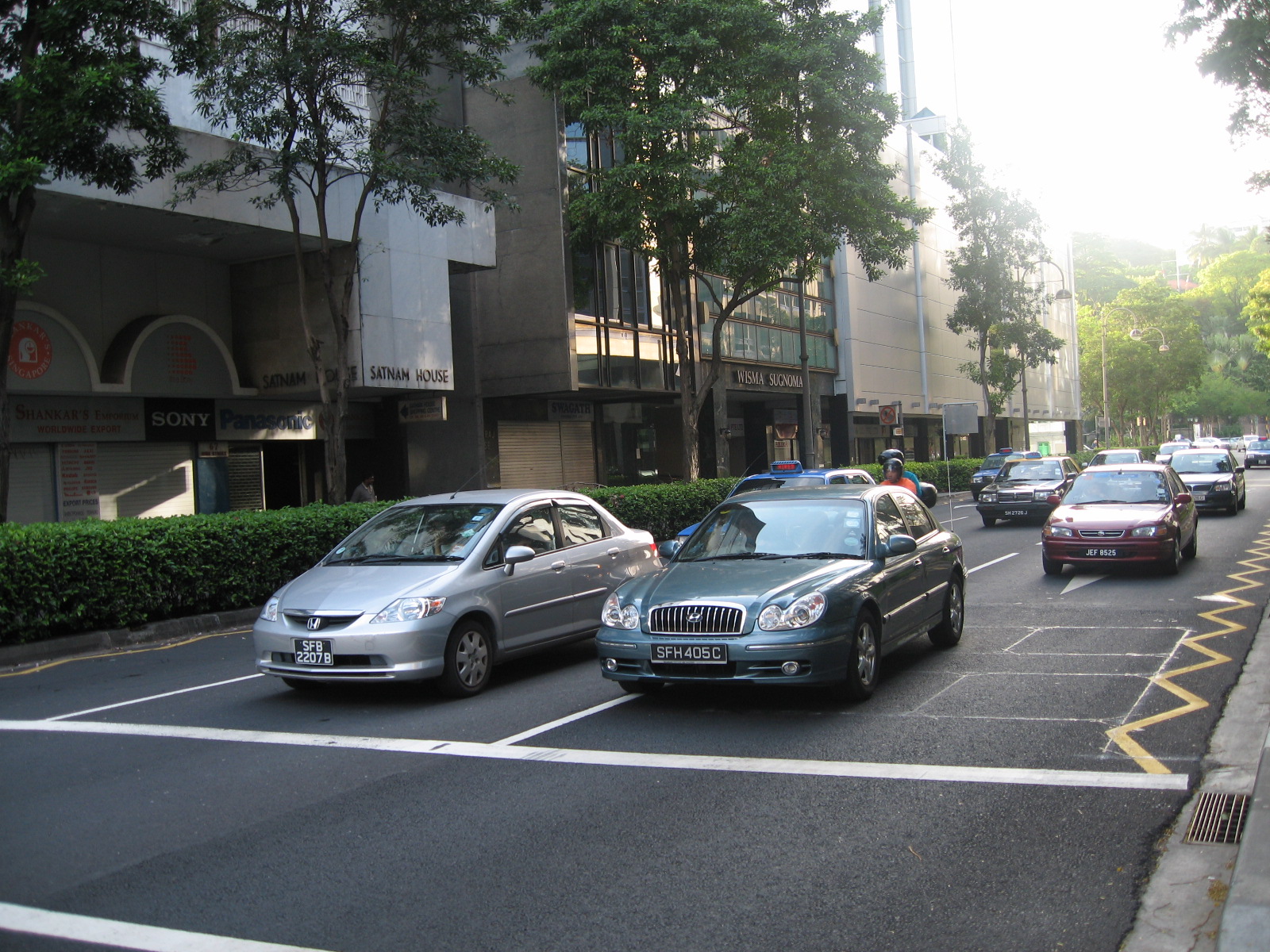 High Street is the first street built in Singapore and was constructed in 1821 by manual convict labourers. It sits on high topographical ground, hence the name High Street.

You will find some of Singapore’s oldest buildings here and it was a shopping paradise for the elite until 1970s before giving way to Orchard Road. 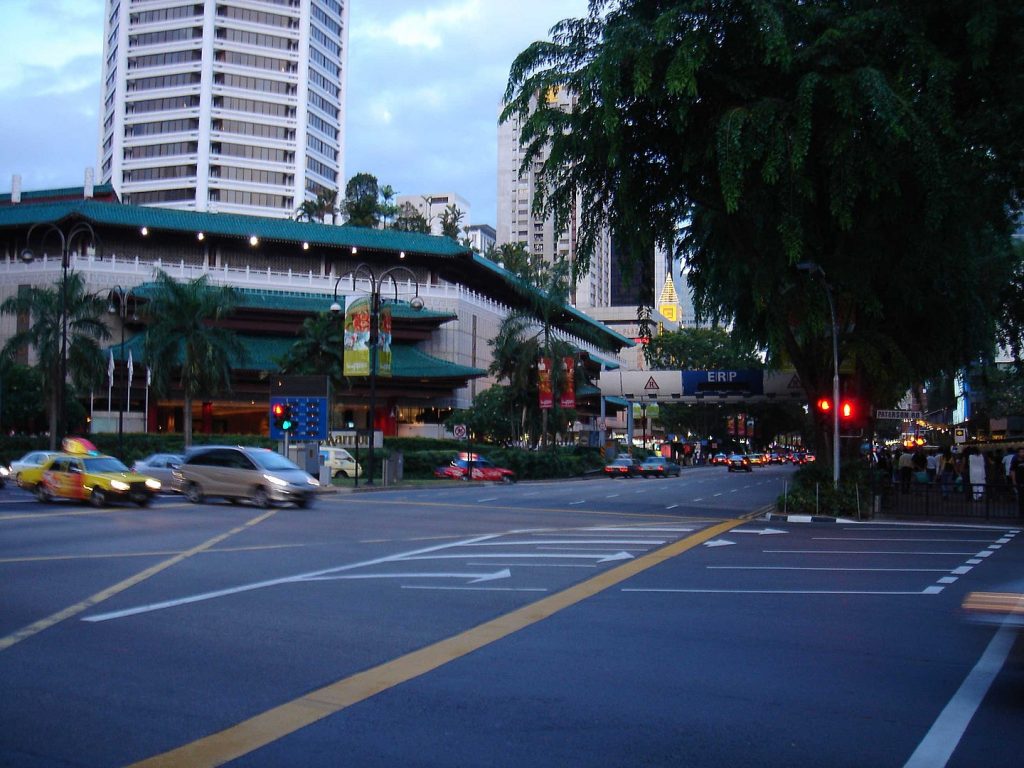 I know. You were obviously wondering why Orchard Road is missing from the list but here it is, finally. I beg your pardon. Being the most popular of all streets in Singapore, it should have been the first in the list.

Similar to London’s Oxford Street, Orchard Road got its name from nutmeg and plantations that once lined it in the 1800s. Today, the street is flanked by retails stores of high-end fashion labels and other businesses.

Interestingly, one of my cousins who visited Singapore last year commented that Orchard Road is a notch above the Oxford Street and Hong Kong’s Tsimshatsui. I bought him our ethnic sandwich ice-cream from an uncle who sold it by the street for his lovely compliment. 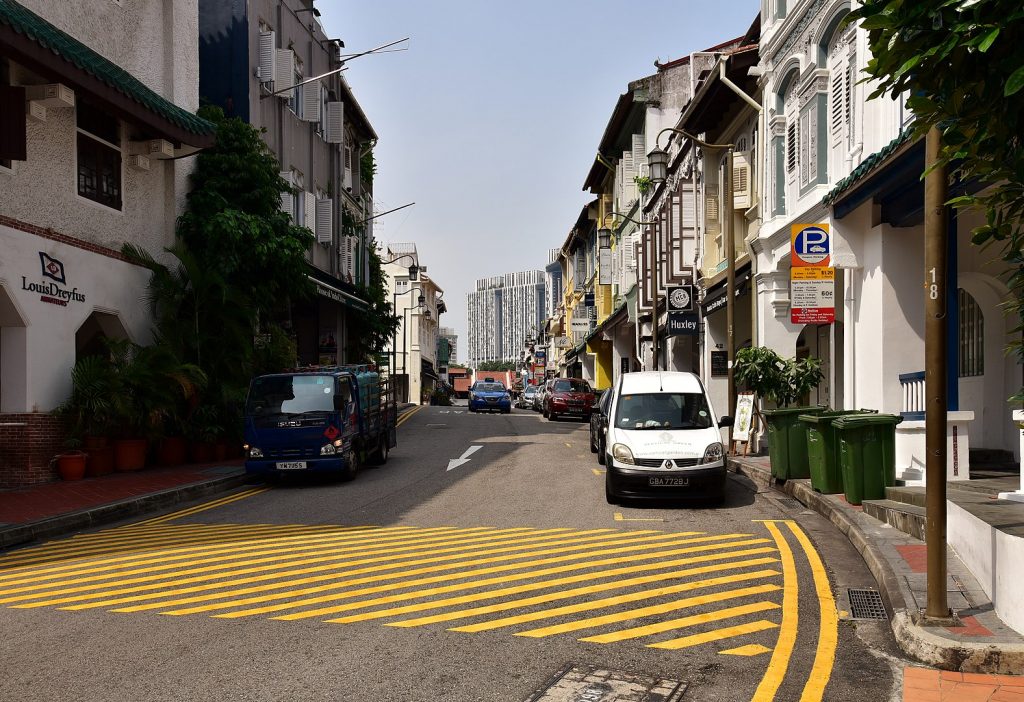 I’m stepping out of work right now heading over to the Club Street catching up with my ex-colleagues for an after-work tipple.

Excuse me? Come again? Oh, you don’t know how club street got its name, right?

My best guess is that there were plenty of Chinese clubs along the streets and the next best name to none was Club Street. It may sound cheeky but it’s true.

There are more streets that are not listed here but I assume this is a handful. I’m already scratching my head brooding over the next topic to write about.